Zelda Perkins is a Theatre Producer for Robert Fox Ltd and a former assistant to Harvey Weinstein. She publicly broke the 20-year silence on her non-disclosure agreement in 2017, facing the risk of legal action to talk about what she faced and its contents. In 2018 and 2019, Perkins testified before parliament to push change in regulation and legislation around such employment contracts and settlement agreements. She is currently campaigning with the Women and Equalities Committee and legal regulatory bodies to change the way NDA’s are structured within the law.

Zelda Perkins: We need to talk about NDAs

Nearly 20 ago, Zelda Perkins reluctantly signed a non-disclosure agreement with Miramax that prevented her from speaking out about Harvey Weinstein’s alleged harassment and sexual assault of her and a colleague. 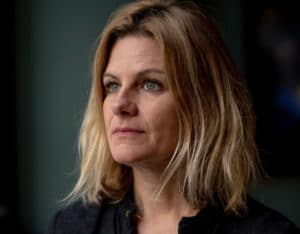