Joseph Farrell is a British journalist and editor who has worked for the Centre for Investigative Journalism, the Bureau of Investigative Journalism, WikiLeaks and is currently heading up the NGO Tenure. He has been a section editor for many important WikiLeaks’ publications including the Iraq and Afghan War Logs and Cablegate to name but a few. He was a member of the Civil Society Coalition at the WIPO diplomatic conference on a treaty for copyright exceptions for persons with disabilities in Marrakesh, Morocco. Farrell regularly appears on TV networks analysing the week’s news headlines.

Joseph is a member of the CIJ’s Board of Trustees. 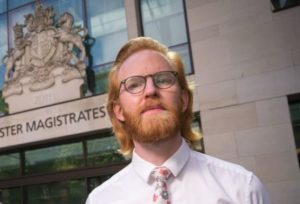