Kevin B. Lee is a filmmaker, media artist, and critic.

He was 2017 Artist in Residence of the Harun Farocki Institut in Berlin. In 2019 he produced “Learning Farocki”, a series of video essays on Harun Farocki, commissioned by the Goethe Institut. In 2020 he is co-curating the Black Lives Matter Video Essay Playlist with Will DiGravio and Cydnii Wilde Harris.

He was Founding Editor and Chief Video Essayist at Fandor from 2011-2016, supervising producer at  Roger Ebert Presents At the Movies, and has written for The New York Times, Sight & Sound, Slate and Indiewire. He is Professor of Crossmedia Publishing at Merz Akademie, Stuttgart. 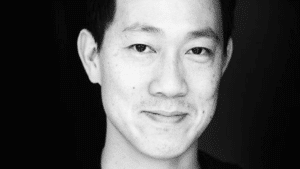