James Harkin is the director of the Centre for Investigative Journalism.

He is a journalist who covers social change and political conflict and whose work appears in Vanity Fair, Harper’s, GQ, The Smithsonian, Prospect and the Guardian. A former director of talks at the Institute for Contemporary Arts (ICA), he once taught politics at Oxford University, and was associate producer on Adam Curtis’s two BBC series The Trap and All Watched Over By Machines of Loving Grace. He’s been reporting on the Syrian conflict from all sides. His last book, Hunting Season, an investigative account of the rise of the Islamic State group and its campaign of kidnapping journalists, was published in November 2015 by Little, Brown in the UK and Hachette in the US.

A warm welcome from our Director James Harkin. Other speakers – TBC.

From the Kincora rape scandal to priests protected by the Catholic Church to the strange alliances which emerged at the close of the Troubles to bury the secrets of the murky intelligence war, Chris Moore talks about how investigative journalism worked among the Northern Irish conflict, and the enemies ranged against it.

Welcome & About the CIJ

Join us for a light lunch as we begin the afternoon with a short introduction about the work of the CIJ.

Director James Harkin‘s welcome message to #CIJSummer Conference 2021. He was joined by Reuters reporter and head of #CIJMasterclass programme, who launched  #CIJMasterclass 2021.

Welcome to the 19th annual #CIJSummer Investigative Journalism Conference – the second, and almost certainly the last, to take place entirely online. Working throughout a global pandemic has been a challenge for everyone, not least for investigative journalists and those working to help them.

In 2017, Wa Lone, a journalist in Myanmar for Reuters, was arrested with his colleague Kyaw Soe Oo while reporting on military abuses of the Rohingya people in Rakhine State. Their ordeal included eighteen months in prison; for their investigation, they were awarded the Pulitzer Prize for International Reporting in 2019.

(90 mins) 18:00 BST / 13:00 EST This masterclass is a conversation with Omar Mohammed, author of the Mosul Eye blog which documented life under ISIS rule in Iraq’s second city on how to protect your investigations from the prying eyes of repressive authoritarian regimes.

The Source and the Surveillance: Annika Smethurst on Committing Acts of Journalism.

In June 2019 federal police raided NewsCorp journalist Annika Smethurt’s home and seized material for her story about government plans to increase surveillance of the Australian people. All charges against Smethurst have since been dropped; the raid appears to have been a naked attempt to uncover her source.

Reporting and The Surveillance State

Richard Norton-Taylor, veteran, much-garlanded national security reporter and author of The State of Secrecy: Spies and the Media in Britain, came (virtually) to the CIJ for an informal conversation with CIJ Director James Harkin about his experience as a reporter for the Guardian and the challenges faced by investigative journalists, the development of the national security state and the pace of its surveillance apparatus, and, after his pioneering work on verbatim theatre, the crucial importance of new kinds of documentary storytelling.

Welcome and Introduction to the project and the work of the CIJ with James Harkin, Director of the CIJ

Can Dündar: Arrest, Escape and Exile.

Can Dündar will deliver our annual Gavin MacFadyen Memorial Lecture. Can Dündar is a distinguished Turkish journalist with over 40 years of experience writing, editing and making investigative documentaries.

In February 2019, The Cairncross Review published its long-awaited recommendations to protect high-quality, public interest news: tax relief to support local news and investigative journalism, a new Institute for Public Interest News overseeing an innovation fund, fresh obligations on Google and Facebook to promote trust in the information they disseminate.

Srećko Horvat: What should subversives do?

Amid the rise of populism and surveillance apparatuses and the fragility of liberal democracies, what does it mean to be subversive in the contemporary era? Srećko Horvat, one of the most exciting new radical philosophers, came to the Centre for Investigative Journalism (CIJ) to argue for the value of a genuinely subversive journalism and a fresh kind of radical internationalism.

White Helmets And Black-ops: The Propaganda Wars Over Syria

With the Syrian conflict in its 8th year, the propaganda on all sides grows ever more intense, never more so than in the barrage of conflicting narratives about the role of The White Helmets. Are they a volunteer organisation working to rescue Syrians on all sides, a propaganda front for Western governments or allies of Al-Qaeda?

Reporting The Troubles: Then and Now

From official British censorship during the Troubles to the “chilling effect” involved in navigating the peace, getting to the truth about the conflict in Northern Ireland has never been easy, and may even be growing more difficult.

Pulitzer-prize winner Lawrence Wright’s career as a staff writer for The New Yorker has taken him from in-depth, narrative reporting of Al-Qaeda and the Islamic State to developments within America’s neglected heartlands.

Seymour Hersh is a long-time staff writer at The New Yorker, and author of Reporter: A Memoir. From his reports on the massacre at My Lai, to his exposure of the horrors of Abu Ghraib, to his attempts to get to the bottom of the circumstances of Osama Bin Laden’s death and the conflict in Syria, Seymour Hersh has over five decades made a reputation as one of the world’s most acclaimed investigative journalists. 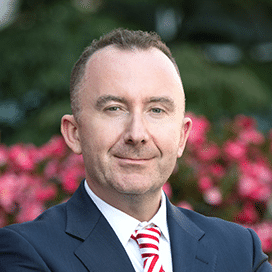