Aymenn Jawad Al-Tamimi is an independent analyst and a doctoral candidate at Swansea University, where he focuses on the role of historical narratives in Islamic State propaganda. His public media work focuses primarily on the Islamic State, Iraq, and Syria, and he has been cited in numerous outlets for his insights, including The New York Times, Washington Post, Agence France-Presse, and the Associated Press. 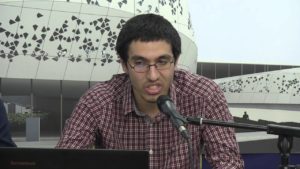