Hossein Derakhshan is an Iranian-Canadian writer and researcher who focuses on the long-term socio-political impacts of media and technology. In the early 2000s, he introduced blogging to Iran, which earned him the title of ‘blogfather’. He was imprisoned in Tehran from 2008–14 for his writings and online activism. Derakhshan is the author of the longform essay ‘The Web We Have to Save’ (2015), a co-author of the Council of Europe’s report into disinformation, Information Disorder: Toward an Interdisciplinary Framework for Research and Policymaking (2017), and he has written for The New York Times, The Guardian, Libération, MIT Technology Review, Wired, and other outlets. 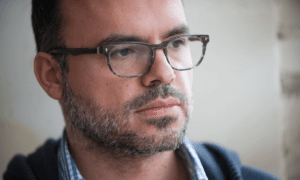