The CIJ and the Institute of Contemporary Arts (ICA) present Closed Circuit, a series of broadcast discussions on the status of information in the age of digital media.

Bringing together figures from the worlds of journalism, politics, media theory and the arts, the series spans state-sponsored propaganda, ‘fake news’, revised histories, and the role of non-disclosure agreements and whistle-blowers in the shaping of public perceptions. It also looks at ways in which narratives are formed within the digital sphere through aesthetic and linguistic registers.

Filmed in front of a studio audience and available to stream live, the first episode, ‘Disinformation’, addresses the subject of false information spread deliberately to deceive. From Russian bots to recent controversies over the British government’s counter-propaganda efforts, what does disinformation really mean and who are its practitioners? How does disinformation function across both language and image? Participants include artist Sophia Al Maria, writer Hossein Derakhshan, and journalists Sophia Ignatidou and Matt Kennard.

Hossein Derakhshan is an Iranian-Canadian writer and researcher who focuses on the long-term socio-political impacts of media and technology. In the early 2000s, he introduced blogging to Iran, which earned him the title of ‘blogfather’.

James Harkin is the director of the Centre for Investigative Journalism. He is a journalist who covers social change and political conflict and whose work appears in Vanity Fair, Harper’s, GQ, The Smithsonian, Prospect and the Guardian.

Matt Kennard is an investigative journalist and co-founder of Declassified UK, a news outlet covering British national security issues. He worked as a staff writer for the Financial Times in the US and UK and is the author of two books, Irregular Army (2012), which investigated the degradation of the US military during the War […]

Sophia Al-Maria is a Qatari-American screenwriter and artist. Her new film Beast Type Song was shown at Tate Britain as part of the Art Now program until February 2020. Her book Sad Sack (2019) is out with Bookworks. 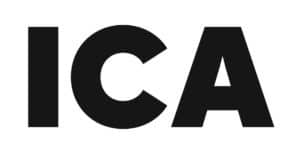