Trevor Timm is a co-founder and the executive director of the Freedom of the Press Foundation. He is a journalist, activist, and legal analyst whose writing has appeared in The New York Times, the Guardian, USA Today, The Atlantic, Al Jazeera, Foreign Policy, Harvard Law and Policy Review, and Politico. He also writes a column on press freedom for Columbia Journalism Review.

Trevor formerly worked as an activist at the Electronic Frontier Foundation. Before that, he helped the longtime General Counsel of The New York Times, James Goodale, write a book on the Pentagon Papers and the First Amendment. He received his J.D. from New York Law School.

In 2013, he received the Hugh Hefner First Amendment Award for journalism.

With the rise of the Gilets Jaunes and Black Lives Matter movements and the furores over police brutality everywhere from France to the US to Belarus, how best do we defend and protect freelance journalists from attack by police, government and the state? 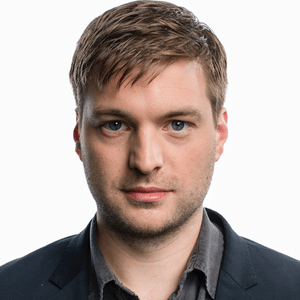 Co-founder and Executive Director at Freedom of the Press Foundation
freedom.press
@FreedomofPress
@TrevorTimm