Jessica Bruder is a journalist who writes about subcultures and social issues. In May of 2013 an unusual package arrived on her doorstep. It turned out to be Ed Snowden’s full NSA archive, sent by the leaker himself. With co-author Dale Maharidge she chronicled the behind-the-scenes caper in “Snowden’s Box: Trust in the Age of Surveillance,” a non-fiction account of friendship, ineptitude, paranoia and the U.S. Postal Service. Jessica is also the author of the bestselling Nomadland, which was adapted for an Oscar-nominated film of the same name starring Frances McDormand, and the co-creator, with director Brett Story, of the short documentary CamperForce.

Jessica has been teaching narrative storytelling at Columbia Journalism School and contributing to The New York Times for more than a decade. She has also written for New York Magazine, WIRED, Harper’s Magazine, The Washington Post, The Associated Press, The International Herald Tribune, The New York Times Magazine and the Guardian. 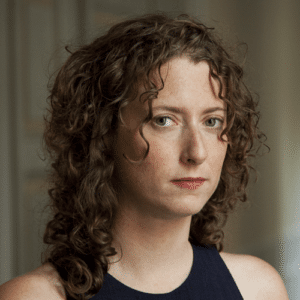