Professor Paul Bradshaw is an online journalist and blogger, who leads the MA in Multiplatform and Mobile Journalism at Birmingham City University. He manages his own blog, the Online Journalism Blog (OJB), and was the co-founder of Help Me Investigate, an investigative journalism website funded by Channel 4 and Screen WM. He has written for journalism.co.uk, Press Gazette, the Guardian‘s Data Blog, Nieman Reports and the Poynter Institute in the US. From 2010-2015 he was also a Visiting Professor at City University’s School of Journalism in London. Since 2015 he has worked with the BBC England data unit.

Adrian Monck ranked Bradshaw second in his list of “Britain’s Top Ten Journo-Bloggers” (2007). He was placed thirty-sixth in the Birmingham Post’s “Power 50” list of 2009 and listed again in the Media section of the ‘Power 250’ list in 2016. He has been listed in Journalism.co.uk’s list of the leading innovators in journalism and media and Poynter’s most influential people in social media.

In 2010 he was shortlisted for Multimedia Publisher of the Year and in 2011 ranked 9th in PeerIndex’s list of the most influential UK journalists on Twitter. In 2016 he was part of a team that won the CNN MultiChoice African Journalist Awards.

One of Bradshaw’s MA students was Lyra McKee.

This three-part workshop in web scraping is designed for reporters with no knowledge of scraping or programming and provides foundational skills for getting original stories by compiling data across a range of online sources.

Finding the Human Face in a Data-Driven Investigation

We use data in our investigations to find out about the the scale of a problem that is affecting people, systems that aren’t helping them, or to shine a light on particular individuals. This workshop focuses on techniques for finding the human stories that help bring that data to life, from scoping the characters and […]

In these hands-on sessions you will be introduced to some of the basic techniques to get started on scraping data for investigations: investigation ideas: how to spot opportunities to use scraping and automation in investigations scraping basics: finding structure in HTML and URLs; what’s possible with programming simple scraping jobs: how to write a basic scraper in five minutes data journalism tools: the challenges of scraping hundreds of webpages, dozens of documents, or the invisible contents of databases.

This two-day workshop in scraping is designed for reporters with no knowledge of scraping or programming and provides essential skills for getting original stories by compiling data across a range of online sources. 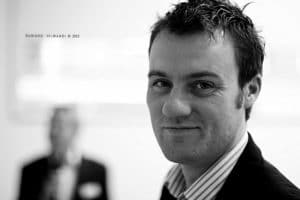