Nikolas Leontopoulos is a Greek journalist based in Athens. He is the co-founder of Reporters United, a new centre for investigative journalism and a network of reporters in Greece. Nikolas worked for ten years for the Athens daily Eleftherotypia. He collaborated in investigations with Reuters on banks, shipping and the media in Greece, and reported for the “Outlaw Ocean” New York Times series. During the Greek financial crisis, he worked as a fixer for several international media. He made two documentaries for VICE Greece: “The European Commission and the Defence Industry Lobby” and “The German Big Brother”. He was a co-founder of Investigate Europe, a consortium of European journalists publishing with media partners across Europe.

The Trial of Golden Dawn

Dubbed by the media as "the biggest trial of fascists since Nuremberg", the trial of the Greek neo-nazis concluded in late October with the conviction of the organisation’s leadership in long prison sentences.

Cross-border stories – wow… but how do you get started? In this workshop we discuss the quality of cross-border journalism ideas: how to systematically develop a cross-border story, how to deal with cross-border aspects of a local story, and how to find potential team members to further develop the story idea with.

Cross-border collaborative journalism has proven to be a powerful method: Panama Papers, Football Leaks or Implant Files have set the political agenda and lead to significant societal change. Our panel have worked extensively on cross-border stories and will share their experiences with you using examples of stories they’ve recently worked on. 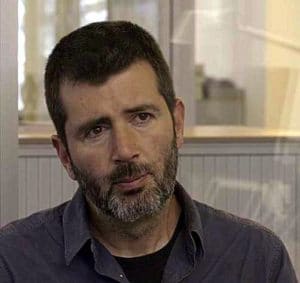