Duncan Campbell is a freelance journalist. He was the crime correspondent of the Guardian, the chairman of the Crime Reporters’ Association and has previously worked for LBC Radio, Time Out and City Limits magazines, and Robert Maxwell’s London Daily News. He was also the Guardian’s Los Angeles correspondent for five years and covered Latin America. He was the first presenter of Crime Desk, the Radio 5 Live programme. He has written four books on crime: That Was Business, This is Personal: the Changing Faces of Professional Crime (1989); The Underworld (1994) and its updated version Underworld (2019); A Stranger and Afraid: the Story of Caroline Beale (1997); We’ll All Be Murdered in Our Beds, the Shocking History of Crime Reporting in Britain (2016). Also two novels, The Paradise Trail and If It Bleeds, and two books with Billy Connolly (Billy Connolly: the Authorised Version and Gullible’s Travels) with whom he toured Britain in 1975, and the Middle East and the US in 1981. He won the Bar Council newspaper journalist of the year award in 1992. In 1997, he was the defendant in a libel action brought by eight police officers, backed by the Police Federation, over an article he had written about police corruption in Stoke Newington; the Guardian fought the action – defended by George Carman QC – and won, the first newspaper to win a libel case brought by the police in 95 such actions; it cost the Police Federation £600,000 in costs. He was consultant on King of Thieves, (2018) the film directed by James Marsh and starring Michael Caine and Ray Winstone about the Hatton Garden £14 burglary, which was partly based on an article he wrote about the case.

Chris Mullin, journalist and former MP has won his fight against being forced to hand over material that would identify confidential sources relating to his investigations into the Birmingham Six. He will be joined by the veteran crime journalist Duncan Campbell and Gill Phillips, Director of Editorial Legal Services at the Guardian to discuss the case and the importance of source protection.

Fiona Hamilton: A Life in Crime

How has crime reporting changed, and what are the new challenges of the beat? In a rare and wide-ranging conversation Fiona Hamilton, Crime and Security Editor of The Times, talks to Duncan Campbell, veteran crime reporter at the Guardian, and author of the new book Underworld: The Inside Story of Britain’s Professional and Organised Crime.

Keynote: We’ll All Be Murdered In Our Beds!

Duncan Campbell, in conversation with Zubeida Malik talk about why crime reporting is so vital and how it has changed - both for the better and the worse - in the last fifty years. The following excerpt from the introduction to his latest book: We’ll All Be Murdered In Our Beds!

What Should We Be Afraid Of?

Duncan Campbell talks about the landscape of contemporary surveillance and official secrecy in the UK, the US and beyond. 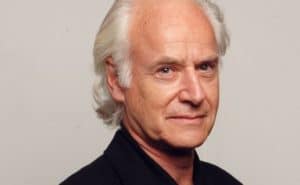