Chris Mullin is a journalist and has been an MP for 23 years; a minister in three departments; Chairman of the Home Affairs Select Committee 1997-9 and 2001-3; and author of three widely acclaimed volumes of diaries, two of which were BBC Books of the Week, and four novels the best known of which, A Very British Coup, was made into a successful television series.
Other books include: Error of Judgement – The Truth About the Birmingham Bombings.

Chris Mullin, journalist and former MP has won his fight against being forced to hand over material that would identify confidential sources relating to his investigations into the Birmingham Six. He will be joined by the veteran crime journalist Duncan Campbell and Gill Phillips, Director of Editorial Legal Services at the Guardian to discuss the case and the importance of source protection. 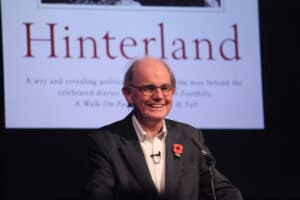