Crina Boroş is an award-winning investigative reporter who crunches data and gathers forensic evidence in parallel with field reporting. A freelance, she has been published by the BBC, Reuters, openDemocracy and Unearthed among many. She co-authored two journalism manuals, has sued the European Parliament, teaches data journalism internationally and can be found posting on crinaboros.tumblr.com

About COLLECTIVE (COLECTIV): Director Alexander Nanau follows a crack team of investigators at the Romanian newspaper Gazeta Sporturilor as they try to uncover a vast health-care fraud that enriched moguls and politicians and led to the deaths of innocent citizens.

What to do when Excel is not enough to crunch your data and hardcore coding is not your style? SQL is like Excel, but on steroids! 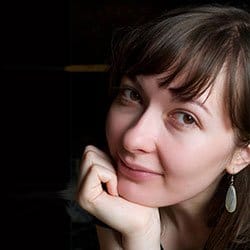