Alexander Nanau is a German-Romanian film director and producer.

Alexander was born in Bucharest, Romania in 1979. His family belongs to the Transylvanian Saxons, a cultural minority of German descent who have lived for generations in Romania. In 1990 they emigrated to Germany and became German citizens. Alexander studied Film Direction at the renowned DFFB in Berlin. His first feature documentary Peter Zadek inszeniert Peer Gynt (2006) was released 2006 in Germany and Austria. In 2007 he was a scholarship holder of the Academy of Arts in Berlin. In 2008/2009 he co-produced with HBO Romania, directed and shot the documentary The World According to Ion B. (2009) about a 62 years homeless man who starts a career in the international art world with collages he made over the last 30 years. The documentary was selected for over 40 international film festivals and won the prestigious ‘International Emmy Award’ for Arts Programming in 2010. His third feature documentary Toto and His Sisters (2014), produced together with HBO Europe, premiered at the San Sebastian Film Festival in the ‘New Directors’ section. The film won major awards at the international film festivals in Angers, Zurich, Warsaw, Jihlava, Leipzig and Sarajevo. It was nominated as ‘Best Documentary’ at the European Film Awards 2015 and won the international Cinema Eye Honors’ Spotlight Award 2016.

About COLLECTIVE (COLECTIV): Director Alexander Nanau follows a crack team of investigators at the Romanian newspaper Gazeta Sporturilor as they try to uncover a vast health-care fraud that enriched moguls and politicians and led to the deaths of innocent citizens. 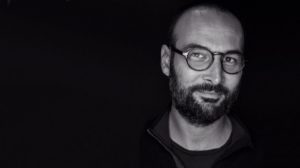