Chi Chi Izundu started her journalistic career at the age of 17 as a regular columnist for Girl About Town magazine. A few years later she joined BBC London 94.9 as a researcher, before graduating to become a producer working on the Saturday Sport show, the Jon Gaunt show, Drive, Vanessa Feltz and other programmes. She then left to complete a Postgraduate Diploma in Broadcast Journalism at City University. Afterwards, she worked at Virgin Radio on their entertainment news team. She also freelanced at Sky News and worked at ITN before returning to the BBC as a reporter for BBC Radio 1Xtra. She also presented their two hour news magazine show, TXU and was the entertainment presenter on the Trevor Nelson breakfast show. She then joined the BBC Radio 1’s Newsbeat entertainment news team, presented entertainment news and the news as well as breaking a number of big stories, including doing a week long expose on the ticketing industry which contributed to Newsbeat winning a Sony Gold award. In 2016, she became part of the team on the Victoria Derbyshire show, breaking a number of big stories including on the police risk assessment form 696, before joining the national BBC correspondents desk where she won awards for pieces including her investigation into student mental health at universities. Last year, she was nominated for a British Journalism Award for her piece on historical sexual abuse in the fashion industry, plus she was nominated for an award for her innovative concept of teaching people mental health first aid on the BBC News website during Covid.

How do journalists go about investigating misconduct among media celebrities with many fans, and who might work for the same employers? Earlier this year, a joint investigation by reporters at the BBC and The Guardian uncovered allegations of sexual misconduct by the DJ Tim Westwood. 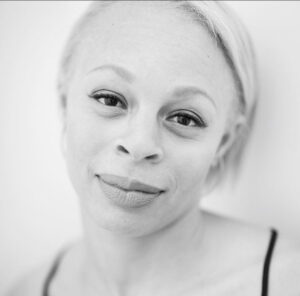