Anand Gopal is a journalist and author of No Good Men Among the Living: America, the Taliban and the War Through Afghan Eyes, which describes the travails of three Afghans caught in the war on terror. It was a finalist for the 2015 Pulitzer Prize for general non-fiction, the 2014 National Book Award and the 2015 Helen Bernstein Award. It was awarded the 2015 Ridenhour Prize for demonstrating “why the United States’ emphasis on counterterrorism at the expense of nation-building and reconciliation inadvertently led to the Taliban’s resurgence after 2001.”

Gopal is notable for his reporting in Afghanistan and the Middle East. He is believed to be one of the few Western journalists to have embedded with the Taliban, an experience that forms part of the basis of No Good Men Among the Living. In 2012 Gopal reported for Harper’s Magazine on the town of Taftanaz in Syria, which suffered a massacre at the hands of the regime of Bashar al-Assad. In 2014 he reported for Harper’s on a murderous U.S.-backed police chief in Kandahar, Afghanistan.

He has reported for The New York Times, The Atlantic and Harpers and other outlets. Gopal’s views on the Taliban have been quoted in several books. From 2012-2014 Gopal was a Bernard L. Schwartz Fellow at the New America Foundation.

On the Ground and in the Ether

War reporting is changing: reams of data and munitions expertise can now be brought to bear without ever setting foot in a war zone, while the access of officially ‘embedded’ reporters is heavily subscribed, leaving it to freelancers to take the huge risks necessary to get the story out.

White Helmets And Black-ops: The Propaganda Wars Over Syria

With the Syrian conflict in its 8th year, the propaganda on all sides grows ever more intense, never more so than in the barrage of conflicting narratives about the role of The White Helmets. Are they a volunteer organisation working to rescue Syrians on all sides, a propaganda front for Western governments or allies of Al-Qaeda?

Counting the Dead in Iraq 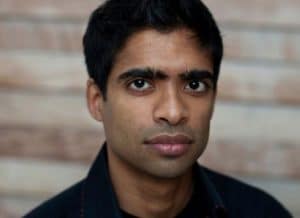