Tyler Shultz is a startup founder fostering innovation in healthcare. He graduated from Stanford with a Biology degree and entered the national scene when he blew the whistle at Theranos. Tyler complained to the public health regulators in New York and was a source for a series of Wall Street Journal articles exposing Theranos’ dubious blood-testing practices. Owing to his role in exposing the fraud, Shultz was featured in Bad Blood, the book about the scandal penned by John Carreyrou, the original author of the Wall Street Journal articles, as well as in Alex Gibney’s HBO documentary “The Inventor”. Currently, Shultz is the CEO and Co-Founder of Flux Biosciences, Inc., a bay-area start-up that aims to bring medical grade diagnostics into the homes of consumers. His efforts were recognized by Forbes when he was named to their “30 under 30” Health Care 2017 list.

Tyler Shultz is the whistleblower who first raised the alarm on Elizabeth Holmes’s $10billion biotech company Theranos. In conversation with Delphine Halgand-Mishra, Executive Director of The Signals Network, he discusses the experience of turning whistleblower against fashionable big business and venture capital, the legal archipelago which often confronts those who speak out, the experience of […] 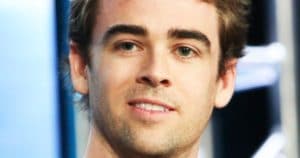