Richard Norton-Taylor is a former security and defence editor at the Guardian. His books include In Defence of the Realm? The case for Accountable Security and Intelligence Services and Truth is A Difficult Concept: Inside the Scott Inquiry. He has written a number of award-winning plays, including Half the Picture, The Colour of Justice, Justifying War, Bloody Sunday, Called to Account and Chilcot. He is on the board of Liberty, the National Council for Civil Liberties. He has twice won the Freedom of Information Campaign awards.

Reporting and The Surveillance State

Richard Norton-Taylor, veteran, much-garlanded national security reporter and author of The State of Secrecy: Spies and the Media in Britain, came (virtually) to the CIJ for an informal conversation with CIJ Director James Harkin about his experience as a reporter for the Guardian and the challenges faced by investigative journalists, the development of the national security state and the pace of its surveillance apparatus, and, after his pioneering work on verbatim theatre, the crucial importance of new kinds of documentary storytelling. 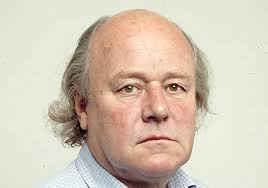