Nicholson Baker is the author of eighteen books, among them The Mezzanine, Human Smoke, The Anthologist, and Substitute. He’s written for The New Yorker, Harper’s, and The New York Review of Books. His new book, Baseless: My Search for Secrets Among the Ruins of the Freedom of Information Act, was published in July 2020. He has received a National Book Critics Circle award, a James Madison Freedom of Information Award, the Herman Hesse Prize, and the Katherine Anne Porter Award from the American Academy of Arts and Letters. In 1999, Nicholson and his wife, Margaret Brentano (co-author with Nicholson of The World on Sunday, 2005), founded the American Newspaper Repository in order to save a large collection of U.S. newspapers listed for auction by the British Library, including a priceless run of Joseph Pulitzer’s influential daily, the New York World. In 2004 the Repository’s holdings became a gift to Duke University. Nicholson and Margaret have two children; they live on the Penobscot River in Maine. 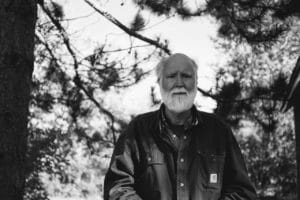