David Rose is a veteran investigative journalist who has written for publications including the Guardian, the Observer, the Sunday Times, the Mail on Sunday and Vanity Fair. His seven books include Violation: Justice, Race and Serial Murder in the Deep South, and Guantanamo: America’s War on Human Rights. A past winner of the Royal Institute of International Affairs David Watt Memorial Prize, he was Reporter of the Year in the 2015 British National Press Awards and Feature Writer of the Year for 2018.

Have the convulsions of Covid-19 opened to the door to a creeping censoriousness, surveillance and authoritarianism? Are big tech companies shutting down debate and stoking conspiracy theories by excluding controversial voices, and is the technology for coronavirus surveillance and the social measures to combat it as useful as it seems? 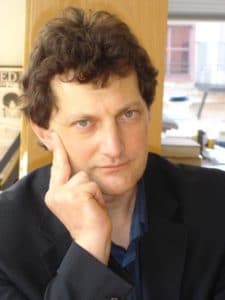