Annika Smethurst is the National Political Editor for the Sunday News Corp mastheads in Australia. She began her career in Bendigo before she was selected for a cadetship with the Herald and Weekly Times in Melbourne. Annika worked as a state political reporter at Melbourne’s number one selling paper the Herald Sun before joining the Canberra bureau in 2015. That same year she won Australia’s premier journalism award the Walkley Award for the Choppergate scandal which say The Speaker resign over the abuse of her entitlements. She won her second Walkley in 2017 for a series of articles which revealed the Health Minister Sussan Ley had purchased a holiday home during a taxpayer-funded trip to the Gold Coast. Annika was the 2016 Young Press Gallery Journalist of the Year and the 2017 Press Gallery journalist of the year. In 2019 her house was raided by the AFP after she wrote a story about proposed new powers for Australia’s digital spy agency, prompting a debate about press freedom. She was the 2019 Sir Keith Murdoch Journalist of the Year and regularly appears on Sky News and the ABC

The Source and the Surveillance: Annika Smethurst on Committing Acts of Journalism.

In June 2019 federal police raided NewsCorp journalist Annika Smethurt’s home and seized material for her story about government plans to increase surveillance of the Australian people. All charges against Smethurst have since been dropped; the raid appears to have been a naked attempt to uncover her source. 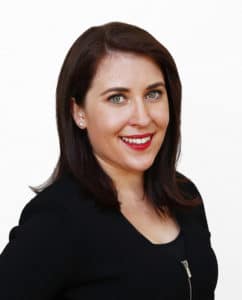