Theo Padnos is an American journalist who was released by the al-Nusra Front in August 2014, after being held hostage for almost two years. He was the cellmate of American war photographer Matt Schrier, who escaped after seven months of captivity.

Padnos is the author of Undercover Muslim, and writes for The New York Times Magazine and The New Republic.

Theo Padnos: Reporting Islamism and Syria, and how to survive torture

An American freelance journalist who’s lived for many years in Syria and the Middle East, Theo Padnos’s unorthodox style of undercover reporting from Yemeni Madrassas had already made him enemies before he was kidnapped by Al-Qaeda in Northern Syria in Autumn 2012. 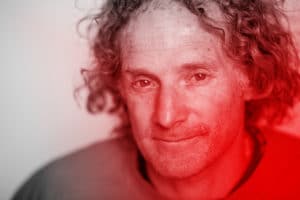