Ted Gup is an author, journalist and professor known for his work on government secrecy, free speech and journalistic ethics. He is the author of three books, including The Book of Honor: Covert Lives and Classified Deaths at the CIA, which told the stories of previously unnamed CIA officers killed in the line of duty. His work has appeared in Slate, the Guardian, The Washington Post, National Geographic, Smithsonian, The New York Times, The Nation, NPR, GQ, and numerous other venues.

To coincide with The Post, a thriller about The Washington Post’s publication of the Pentagon Papers about the war in Vietnam, the CIJ, in collaboration with Curzon Goldsmiths cinema, presented a showing of the film and a critical discussion of its themes with veteran national security journalist and The Washington Post reporter Ted Gup. 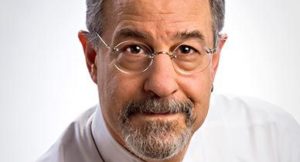