Rosalind Russell is a journalist and editor with two decades of international experience. She has been a foreign correspondent for Reuters and The Independent in East Africa, the Middle East and Asia, including covering the fall of Kabul in the Afghan war and the U.S. invasion of Iraq and the anti-American insurgency. During nearly three years in Myanmar, Ros reported undercover under a pseudonym on the Saffron Revolution, elections and the release from house arrest of Aung San Suu Kyi.

She is the author of two non-fiction books –  Burma’s Spring, a character-driven account of Myanmar’s turbulent transition and The End of Where We Begin, the story of three young South Sudanese refugees, which was published late last year. She lives in London and has just launched Vaccine for the World for the Evening Standard, a year-long reporting project focused on the Covid-19 vaccine rollout in Africa.

What’s it like trying to do in-depth reportage on a government deeply intolerant of criticism? British author Michela Wrong, who has published a controversial new book on Rwanda, and Tanzanian journalist Erick Kabendera, jailed under the presidency of John Magufuli, discuss the challenges of working in sub-Saharan Africa with fellow writer Rosalind Russell. 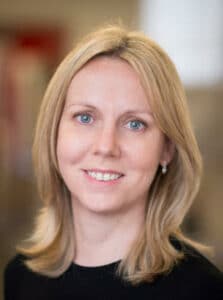