Ron Nixon is global investigations editor at the Associated Press where he oversees the news agency’s investigative unit.

Nixon received the inaugural 2021 News Leader of the Year award from the News Leaders Association. He has overseen investigations that have won a number of awards including the Selden Ring, Overseas Press Club and the Worth Bingham award. The team won a 2020 News and Documentary Emmy in collaboration with PBS Frontline for an investigation into the record-breaking numbers of migrant children in detention under former President Trump. Prior to coming to the AP, Nixon spent 14 years at the New York Times. He is the author of Selling Apartheid: South Africa’s Global Propaganda War.

We are delighted to welcome Ron Nixon, Global Investigations Editor at the Associated Press, as this year's #CIJSummer Keynote speaker. An award winning investigative journalist, editor and data journalist, Ron will talk about his investigative career, moving from press to news agency, and about a year on the job conducting global investigations. 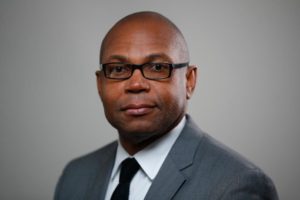