Olivier van Beemen is an investigative journalist from Amsterdam and the author of the book Heineken in Africa: A Multinational Unleashed. The book is the result of six years of thorough journalistic research, not only in thirteen African countries where the Dutch multinational is operating, but also in the company’s archives and academic literature. The author has spoken to more than 400 sources within and around Heineken.

Earlier in his career, Van Beemen was correspondent in France for several leading Dutch and Belgian news media and he currently publishes in newspapers such as Le Monde, NRC Handelsblad and the Guardian. His work has been nominated for several awards in the Netherlands.

From hiring sex workers to sell their products to buttressing murderous regimes, what are Western multinationals really up to in Africa and how might we go about researching it? 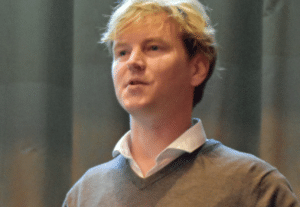