Julian Newman has worked for the London-based NGO Environmental Investigation Agency (EIA) since 1997. EIA was established in 1984 to investigate, expose, and campaign against environmental crimes. He joined the organisation as an Investigator, and during his time at EIA he has carried out field investigations into a range of environmental crimes, including illegal logging, smuggling of ozone-depleting chemicals and hazardous waste, as well as illicit trade in ivory and tiger parts. He has also been involved in training NGOs in Indonesia, Myanmar and Tanzania on field documentation skills. He is currently Campaigns Director at EIA, a position he has held since 2008. Before joining EIA he worked as a journalist.

Sometimes, the only way to get the story out is to go in undercover. These investigations can be the trickiest that a researcher will ever take on and come with a range of risks and potential pitfalls, but with the climate in crisis and on the brink of full collapse, and many vested interests keeping their deals well hidden, occasionally the means are justified. 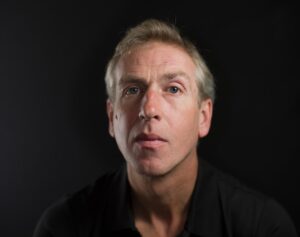