Jenna Corderoy is a reporter for openDemocracy’s investigations team. She specialises in obtaining documents under the Freedom of Information Act, and has brought several (and successful) FOI challenges at the tribunal. Last year, she won the right to see research material produced by the European Research Group after an 18-month FOI battle.

In 2019, she was longlisted for the Paul Foot Award and shortlisted for the British Journalism Awards for openDemocracy’s investigation into the businessman Arron Banks.

Previously, she advised mySociety developers on the design of a new toolkit, WhatDoTheyKnow Pro, which helps journalists submit FOI requests. She also specialises in requesting personal data under the Data Protection Act.

This two-part practical online course will guide you through the basics of the freedom of information legislation and equip you with the skills necessary to make successful information requests and appeals.

One of the most important skills for journalists today is knowing how to use the Freedom of Information Act (FOIA). Most journalists have come across FOIA and many will have submitted a request or two. 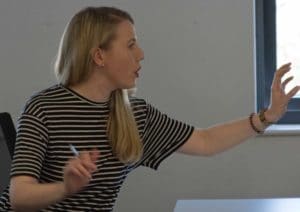