Helena Bengtsson is Editor for Data Journalism at Sveriges Television, Sweden’s national television broadcaster. She previously worked as Editor, Data Projects at the Guardian, UK between 2014-2017. In 2006 and 2007, she was database editor at the Center for Public Integrity in Washington, D.C. She was awarded the Stora Journalistpriset (The Swedish Grand Prize for Journalism) in Sweden twice, in 2010 for Valpejl.se and in 2016 for innovator of the year.

Leading data journalists Helena Bengtsson of STV (Sweden), John Burn-Murdoch of the Financial Times (UK), and Pamela Duncan of the Guardian (UK), explain how data analysis plays a crucial part in the coverage of the Covid-19 pandemic.

A talk for those who are unsure on how knowledge of code can help journalists in their investigations. Leila Haddou talks to a developer, Max Harlow; a code newbie data journalist, Niamh McIntyre; and a code old-hand data journalist and editor, Helena Bengtsson.

Data Journalism in the Newsroom

This panel of experienced data journalists will explain how data can give greater depth to your stories and discuss best-practice for integrating data analysis into newsroom workflows. If you’re new to data journalism and want to find out what the techniques can do for you, or if you work with data journalists and want a greater understanding of their role to inform your expectations then this talk is for you. 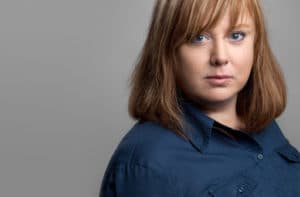