Dan McCrum is a multi-award winning investigative journalist. His work for the Financial Times has helped expose accounting problems and fraud at several listed companies, most recently Wirecard. Formerly the Editor of FT Alphaville, over his 13 year career at the FT he’s also run part of the newspapers markets team, worked as the FT’s Investment Correspondent in New York and for the Lex Column. Dan’s previous experience includes four years in Citigroup’s equity research department.

His reporting on Wirecard has been recognised with the Impact Award for distinguished financial journalism from the New York Financial Writers’ Association, the Ludwig Erhard Prize for economic journalism and an honorary Helmut Schmidt Journalistenpreis.

From the NSO Group to Wirecard via the activities of groups like Black Cube, Hacking Team and FinFisher, the last few years have seen a worrying trend - especially in collaborative, cross-border investigation - for governments and shady corporates to deploy spyware and private investigators to hack the phones of journalists and political dissidents. 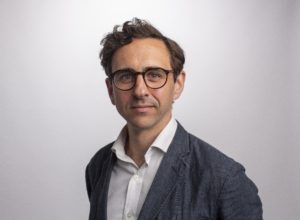