Cecilia Anesi is an Italian journalist and reporter at the Investigative Reporting Project Italy (IRPI), a centre for investigative journalism based in Italy and member of the Global Investigative Journalism Network.

Graduated in Journalism with Sociology at City University London in 2011, she co-authored the investigative journalism documentary Toxic Europe, which won the Best International Organised Crime Report Award 2011 and was nominated in the Data Journalism Award 2012.

Cecilia works on investigations in team. The latest have been Food for Fraud (2013), on counterfeited food; The Suntech Saga (2014), an ICIJ’s Chinaleaks spinoff unveiling the rise and fall of China’s largest solar panel producer passing from the BVI and reaching through intermediates the Italian mafia; The Wolves of Europe (2014), which unveiled the life and magic of a group of fraudsters, the same behind the fake bonds provided to Suntech. The latter was co-produced with CORRECT!V, and published in four languages by CORRECT!V, the Tages-Anzeiger, L’Espresso, Il Dispaccio and El Confidencial. 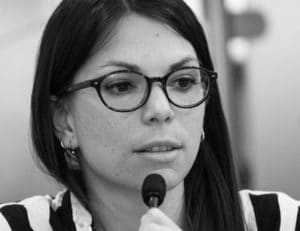