An award-winning producer of television news and documentary, Ben started out as a print reporter for The New York Times and got his start in television at 60 Minutes, the venerated news magazine show. For nearly two decades, he travelled the world for CBS News, producing news coverage from war zones and political hot spots as well as magazine stories ranging from ambitious investigations to explorations of science and culture.

In 2013, he moved to NBC News, where he became an Executive Producer, launching an ambitious new hour-long documentary show and overseeing the team responsible for the network’s most visible foreign stories.

Throughout his career in television, Ben’s passion for investigative journalism took him to some of the most remote and dangerous places on earth in pursuit of uncovered stories. Along the way, he won numerous industry awards, including four Emmys, a Peabody and, most recently, the Edward R. Murrow award.

In 2019, he left commercial television to launch an independent production company.

Basic principles of investigative journalism and how to spot the big story. 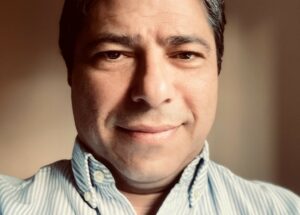