Alexis Okeowo is an American journalist who is a staff writer at The New Yorker. She is the author of A Moonless, Starless Sky: Ordinary Woman and Men Fighting Extremism in Africa.

From 2006-2007, Okeowo was a Princeton in Africa Fellow working at the New Vision newspaper in Uganda. In 2012, she won an Alicia Patterson Foundation Fellowship to write about gay rights in Africa. She became a staff writer at The New Yorker in 2015. Her book A Moonless, Starless Sky: Ordinary Woman and Men Fighting Extremism in Africa came out in 2017.

The Christian Science Monitor called Okeowo one of the “finest war and foreign correspondents” at The New Yorker: “Alexis Okeowo, who was named a staff writer in late 2015, is continuing the tradition of the foreign correspondent who takes considerable personal risks driven by the conviction that all stories deserve to be told, particularly those that require a great deal of courage to uncover in the first place.”

To coincide with International Women’s Day, Alexis Okeowo, staff writer for The New Yorker and the author of A Moonless, Starless Sky, came to the CIJ to talk about the untold, incredible stories of how ordinary women in Africa are against fundamentalism and extremism, from the Lord’s Resistance Army to Boko Haram. 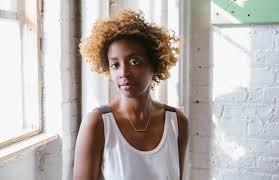