As the year comes to a close, we publish our selection of the best reads and podcasts to dive into. 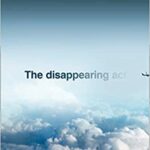 Tantalising the reader with conspiracy, this account by a veteran investigative journalist is enthralling. 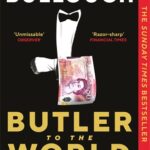 Butler to the World: How Britain became the servant of tycoons, tax dodgers, kleptocrats and criminals by the #CIJSummer Conference speaker Oliver Bullough.

This excellent, easy-to-read book reveals the scandalous reality of Britain’s new position in the world.

Listen to Oliver’s talk at #CIJSummer Conference 2022.
Buy preloved from World of Books
Buy from the publishers Profile Books 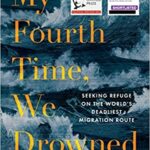 My Fourth Time, We Drowned by Sally Hayden

A staggering investigation into the migrant crisis across North Africa. This book follows the shocking experiences of refugees seeking sanctuary, but it also surveys the bigger picture: the negligence of NGOs and corruption within the United Nations. The economics of the twenty-first-century slave trade and the EU’s bankrolling of Libyan militias. The trials of people smugglers, the frustrations of aid workers, the loopholes refugees seek out and the role of social media in crowdfunding ransoms. Who was accountable for the abuse? Where were the people finding solutions? Why wasn’t it being widely reported?

Buy preloved from World of Books
Buy from the publisher HarperCollins 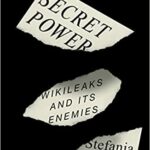 Secret Power: WikiLeaks and Its Enemies by Stefania Maurizi. Translated by Lesli Cavanaugh-Bardelli

Working closely with WikiLeaks’ founder Julian Assange and his organisation for her newspaper, Maurizi has spent over a decade investigating state criminality protected by thick layers of secrecy, while also embarking on a solitary trench warfare to unearth the facts underpinning the cruel persecution of Assange and WikiLeaks.

Buy from the publisher Pluto Press

The Anti-Capitalist Book of Fashion by Tansy E. Hoskins

Investigative, political, thoughtful, the Anti-Capitalist Book of Fashion strips away the glitz to show the huge damage done by the garment industry, to our environment, to those trapped inside its production, and to our psychological and emotional well-being. This book goes far beyond sustainable fashion or ethical consumerism to show that if we want to feel comfortable in our clothes we need to reshape the entire system.

Buy from the publisher Pluto Press

Who killed Daphne?
A podcast by Reuters investigative journalist (and CIJ trainer) Stephen Grey.
Listen on Apple Podcasts on Spotify, on Stitcher.

How to Steal a Trillion
Another one from the author and journalist Oliver Bullough traces Britain’s vital role in the growth of ‘offshore’ money laundering.
Listen on BBC Sounds

Page 94: The Private Eye Podcast
A (roughly) monthly podcast on the best stories investigated by the Private Eye journalists. Don’t miss their 2022 Paul Foot Award episode featuring all the runners up and the ultimate winners Hannah Al-Othman and David Collins of The Sunday Times. Watch Hannah speak at #CIJSummer Conference 2022.
Listen on The Private Eye website.
Listen on Apple Podcasts on Spotify, on PodBean

The Slow Newscast
This podcast made by Tortoise Media (one of its editors, Basia Cummings, was our guest editor on the #CIJLyra McKee Bursary Scheme programme) gives a voice and a space for some of the biggest stories around the world.
Listen on Tortoise Media
Listen on Apple Podcasts, on Spotify, on PodBean

Conspiracyland: The Strange case of Havana Syndrome. By far the best of the “Havana Syndrome” podcasts, by the brilliant Michael Isikoff, Yahoo News Chief Investigative Correspondent.
Listen on Apple Podcasts, on Spotify, on TuneIn

Once Upon a Time in Londongrad
The documentary tells the story based on BuzzFeed’s From Russia With Blood investigation by journalist and #CIJSummer speaker Heidi Blake and her team into the the death of a multi-millionaire property tycoon, which then unfolded into a convoluted web of mystery Russian oligarch deaths.
It also features another #CIJSummer speaker Jane Bradley.

Check out CIJ YouTube Channel to watch all our talks and discussions, including from #CIJSummer 2022.