Too often in the media opportunities and internships go to well-connected, well-heeled young people. As a result the higher echelons of the national media risk being made up largely of those who lack sources within and any common experience with wider society.

At the CIJ we want to move beyond “diversity” to something more pugnacious – a programme of training which actively seeks out bright people without access to London media connections, and which justifies doing so because we’re hungry for access to the sharpest investigative stories and the brightest talent.

Over a series of workshops, our CIJ Masterclass takes students through a wide-ranging curriculum drawing on the best professional expertise available anywhere. Its first iteration, was curated by Reuters special correspondent and author of The New Spymasters and Ghost Plane, Stephen Grey, assisted by some of the UK’s most experienced investigative reporters, and experts in handling both sources and data .

Places on the masterclass are free and made available via open competition and application. Priority are given to those from under-privileged and non-traditional backgrounds, without existing connections to the national media, and who have also already demonstrated talent and a commitment to truth-telling journalism, for example in local or regional media, magazines, blogs or other new media.

The first curriculum of CIJ Masterclasses, curated by Reuters special correspondent Stephen Grey, was attended by 13 people. The faculty of teachers included three Pulitzer Prize winners, NBC News best international producer on operational security and a former specialist from the security services. The result was a priceless primer in investigative journalism, all of it made available for free to the best and the brightest of the disadvantaged. An alumna of this programme Nadine White has published a major investigation into SPAC Nation church for HuffPost UK: something she’s been working one while attending the course. 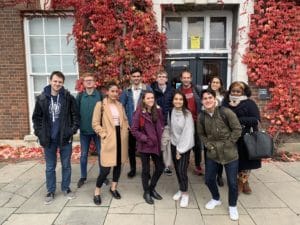