Having identified both the demand for and the desire to produce more public-interest investigative journalism from within the community and citizen journalism sector across the UK, we spoke to many representatives in 2016 to determine the main barriers to advancing this. The primary difficulties were, unsurprisingly, shortages of both time and money and although we were unable to help directly with this, we realised that some of the investigative skills and techniques included in our training provision could help to reduce both the time required and the logistical burden of taking on such work.

Following a successful pilot workshop hosted by the Bristol Cable and attended by a selection of their members, we set about securing funding which would allow us to provide training for free to as many representatives from the sector as we could and were grateful to receive a year’s funding across 2016-17 from the Joseph Rowntree Charitable Trust to begin the work.

While we initially aimed to hold seven workshops with a total of 105 participants, we were able to stretch the funding – thanks to goodwill and help from many sources – to include 191 participants across 11 workshops. We also managed to cover a much wider geographical area than first envisaged, taking the training not just to several different cities, but also ensuring we were able to get to all four countries of the United Kingdom as well as hold an extra workshop in Dublin. One of the organisations we worked with, The Bristol Cable, had already been making ambitious plans to conduct a full training programme so our work with them on this project was expanded from a two-day workshop to feed into a longer-term training programme, The Media Lab, which they ran with support from us and our network of expertise.

Attendees to the workshops received a mix of different investigative skills training, tailored to the needs identified ahead of time, but primarily the content focused on the following areas:

We’re proud of what this project managed to achieve and grateful to all the excellent folk who helped us and who took the time to participate. 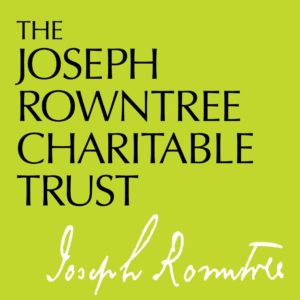 The business of journalism is changing fast. With the collapse of traditional advertising revenue models, the argument that thoroughly researched investigative journalism is a public good that needs to be properly funded cannot be made too strongly or too often.

Wanting to build on our success with the workshops we held during 2016 and 2017, and backed by repeat funding from the Joseph Rowntree Charitable Trust, in 2018 we partnered up with some of the most established organisations we’d engaged then and worked closely with them to put together tailored programmes which would run for much longer and take a cohort of trainee contributors through their own investigations.

During 2018 we ran a focused training programme for community journalists specifically targeted at helping them to use the techniques of Data Journalism for their investigative reporting. Participants were chosen by application and we were able to support them to travel to a series of our trademark hands-on classes and work through their own investigations with the support and mentorship of our data journalism experts.

The Trust for London has committed to funding a full training and mentoring programme in the community journalism sector, allowing us to bring our experience of supporting independent public-interest news across the UK, back to the capital.