In late 2019, the Trust for London committed to supporting the CIJ to bring our experience in supporting independent public-interest news across the UK back to the capital.

Due to the ongoing Covid-19 pandemic, we reluctantly postponed the project while we translated our training and events to online formats. However, we were still able to run a pilot version of the project with the Tottenham Community Press. The pilot proved a great success and you can read about the work our first Investigative Fellow, Bella Saltiel, produced through the programme here.

After successfully transitioning our work online during 2020, we were able to run the first full version of the programme this year. For the past eight months we’ve been working closely with community journalism organisations in four London boroughs to support their efforts to nurture the talent of early career journalists and investigate the issues that matter to the communities they serve.

In March 2021 we recruited young journalists to form our first cohort of Investigative Fellows. Each of the young people had strong ties to their borough and were assigned to the relevant community journalism outlet. The Fellows were also connected to campaign groups working on the issues affecting their local communities.

Over the course of the project Fellows were supported by their editors, campaign groups and the CIJ to develop their investigative research skills and produce an in-depth piece of local reporting. Funding for the project came from the Trust for London and provided paid research and support time for the outlets and the Fellows, as well as access to CIJ training programmes and additional assistance such as legal advice.

The published pieces cover topics ranging from knife crime to social care to temporary housing and can be read below.

“[The training] spoke to the style of reporting and writing that I’ve always wanted to achieve as a journalist. It taught me the hallmarks of what is needed to make an investigative article gripping, effective, and impactful. The course structure and tutors were engaging and enjoyable from beginning to end and heavily informed every part of my investigative process in this programme and outside of it.”

“The course content was great – I think the data journalism one was a stand out as it was so useful in helping me to better analyse government documents and other official statistical releases.” 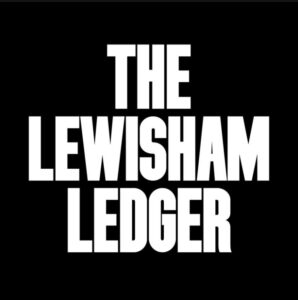 The Trust for London has committed to funding a full training and mentoring programme in the community journalism sector, allowing us to bring our experience of supporting independent public-interest news across the UK, back to the capital.

During 2018 we ran a focused training programme for community journalists specifically targeted at helping them to use the techniques of Data Journalism for their investigative reporting. Participants were chosen by application and we were able to support them to travel to a series of our trademark hands-on classes and work through their own investigations with the support and mentorship of our data journalism experts.

Wanting to build on our success with the workshops we held during 2016 and 2017, and backed by repeat funding from the Joseph Rowntree Charitable Trust, in 2018 we partnered up with some of the most established organisations we’d engaged then and worked closely with them to put together tailored programmes which would run for much longer and take a cohort of trainee contributors through their own investigations.

Having identified both the demand for and the desire to produce more public-interest investigative journalism from within the community and citizen journalism sector across the UK, we spoke to many representatives in 2016 to determine the main barriers to advancing this.

The business of journalism is changing fast. With the collapse of traditional advertising revenue models, the argument that thoroughly researched investigative journalism is a public good that needs to be properly funded cannot be made too strongly or too often.