Liam O’Dell is an award-winning deaf and disabled journalist, and an alumnus of the first #CIJMasterclass cohort in 2019.

While Liam began freelancing in 2016, it was in 2020 that he took things seriously, and he believes in the year and a half since then, that he’s consistently produced work that not only reports on the present, but has a long-term impact on the future of marginalised communities and large-scale social media companies.

He’s overcome the biggest challenge in the early stages of his freelance career, asserting his own legitimacy and authority as a journalist, and has established himself as the top journalist reporting on issues concerning Deaf people. 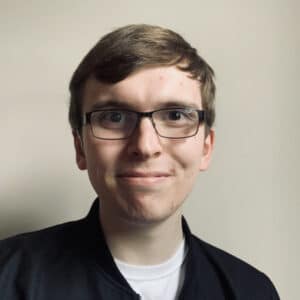