Moderated by Tatiana Bazzichelli, this talk on how open-source intelligence tools and collective strategies reconfigure investigations brings together investigative television journalist Natalie Sedletska, software artisan and ethical hacker Denis “Jaromil” Roio, and data team lead at OCCRP Friedrich Lindenberg. This panel focuses on the one hand on methods of making leaks and large datasets accessible to a wider public, on the other hand on models to avoid the exploitation of sensitive data by authorities or organised crime.

Natalie will share the experience of the YanukovychLeaks National Project, concerning the nearly 200 folders of documents found in the lake at the residence of former president of Ukraine, thrown to destroy them as people were escaping the luxury residence. The documents were rescued by volunteer divers and systematised, investigated and published by a group of journalists and activists to make them available to citizens around the world.

Jaromil will speak about the importance of social movements challenging city policy on money speculation and hidden illicit cash flows, finding ways to have agency through collectivising big data controlled by financial and institutional powers.

Friedrich will present some of the recent work OCCRP’s data team has done analysing a large-scale dataset related to the murder investigation of Slovak journalist Jan Kuciak. He’ll also summarise some lessons learned about the use of data in investigative reporting, and the limitations of transparency as a method and an ideal, contributing another perspective coming from the context of investigating organised crime and corruption.

This panel is a collaboration between the CIJ Logan Symposium and Berlin-based non-profit organisation Disruption Network Lab.

Denis Roio, better known by his hacker nickname Jaromil, is CTO of the DECODE EU flagship project on blockchain technologies and data ownership, involving pilots in cooperation with the municipalities of Barcelona and Amsterdam.

Friedrich Lindenberg leads the data team at OCCRP. He is responsible for the development of OCCRP Aleph and supports ongoing investigations where data analysis is needed. In 2014/2015, Friedrich was a Knight International journalism fellow with the International Center for Journalists, working with the African Network of Centers for Investigative Reporting (ANCIR), and in 2013 he was a Knight-Mozilla Open News fellow at Spiegel Online in Hamburg.

Natalie Sedletska is a Ukrainian investigative television journalist and editor who works in the anticorruption field. At present, Natalie works as the chief editor and host of the investigative programme Schemes – a television project that she founded in 2014 with the support of the Radio Free Europe/Radio Liberty.

Tatiana Bazzichelli is founder and programme director at Disruption Network Lab, an organisation in Berlin examining the intersection of politics, technology, and society, and exposing the misconduct and wrongdoing of the powerful (disruptionlab.org). 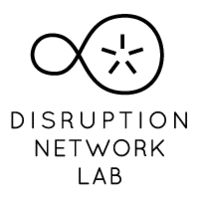